After writing a detailed Instagram marketing guide that was so well received hosting a contest was a clear next step. On April 6th with the help of a badass hammock manufacture in California I launched an Instagram photo contest.

The official rules for the hammock contest were:

I can’t take much credit for the idea, Jacob their co-founder and head of their marketing team connected with me and planned it to perfection. I was hesitant at first because I know there were legal matters which I wasn’t aware of but we had great advice from Kerry Gorgone regarding hosting social media contests. Kerry highly advises against giveaways, if you are going to “give stuff away” it should be a contest and based on merit.

The planning consisted of a phone call, 8-12 emails and their team crafted the design.

I can take some credit for that research along with some credit for the promotion and analytics which was a ton of fun and frankly a must do when hosting these contests. The contest went extremely well for our first rodeo but I wan’t to get better every month and posting the stats/goals/learnings every month will help keep me accountable.

From Instagram there was a custom bit.ly link leading to a dedicated contest landing page. 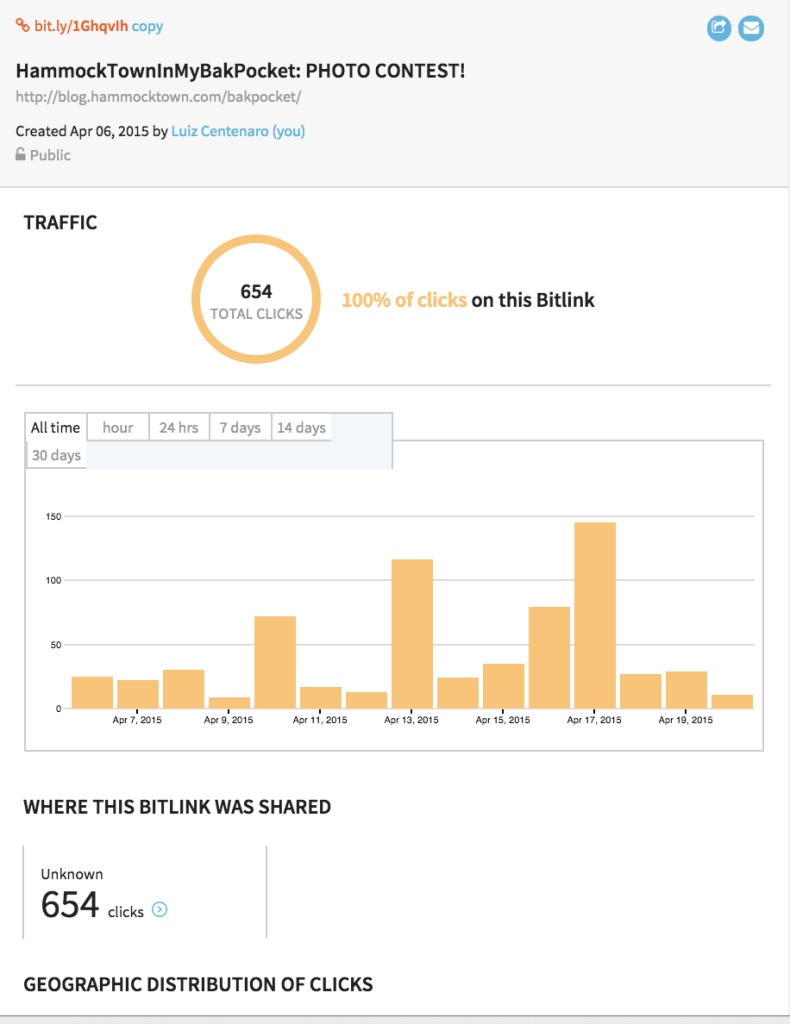 60% came directly from Instagram but we had a good amount of traffic from other social channels. 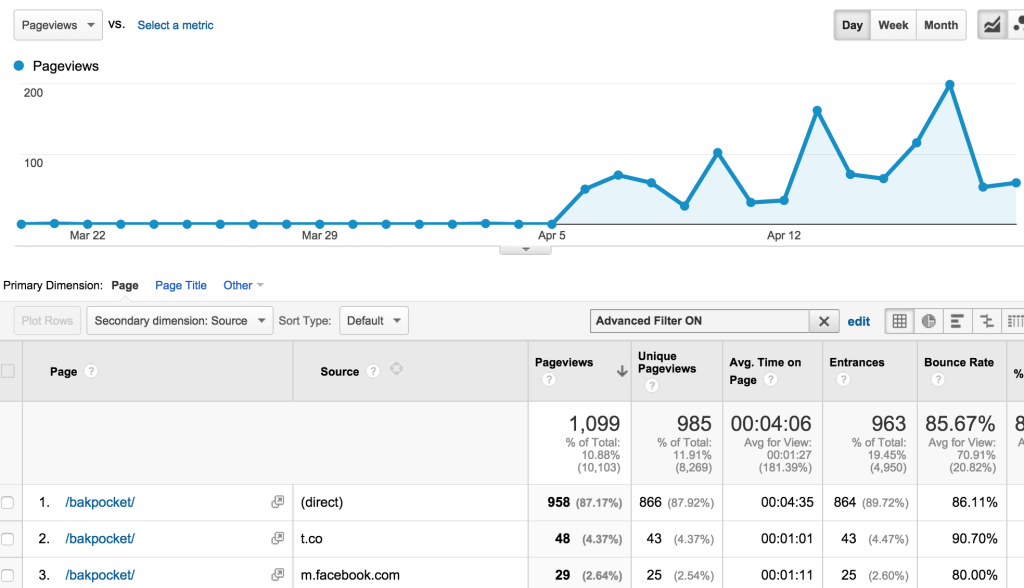 Over 1000 page views with an average time of 4 minutes and 6 seconds on the contest page!

Overall the contest planning and execution took a total of about 12 hours, including the blog posts, $15.00 of paid Facebook Advertising, $10.00 of paid Twitter Advertising, responding to comments, questions and clearing up misconceptions because at least 100 entires were with Hammock Pictures instead of where they would hang their hammock.

I’ll keep experimenting and seeing what works but had a fantastic time connecting with so many hammock lovers hosting this contest and May 1st have exciting plans for another one.